In May, 2011, The Drinking Gourd Project moved the Robbins/Hutchinson approximately 2 miles from 324 Bedford Street through Concord Center up Monument Street to a new site near the North Bridge and the Old Manse. This unique collaborative project (Drinking Gourd Project, National Park Service, The Trustees of Reservations and the Town of Concord) has saved a house that was the home of several generations of Concord’s early African-American families.

The house is one of the very few remaining pieces of physical evidence of Concord’s Black Heritage. The DGP's mission is to shine a light on this history and make it even more accessible to residents and visitors in a way that will add a new layer to our understanding of our past and a deeper appreciation for the complexity of Concord and its role in creating a diverse America.

The following pictures illustrate the preparation and process necessary to move and resettle the house in it's new home. 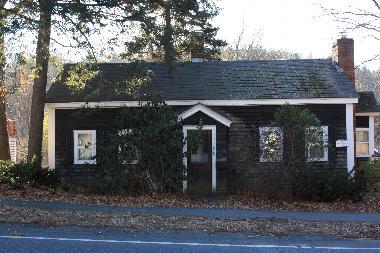 The Robbins/Hutchinson House at 324 Bedford Street. 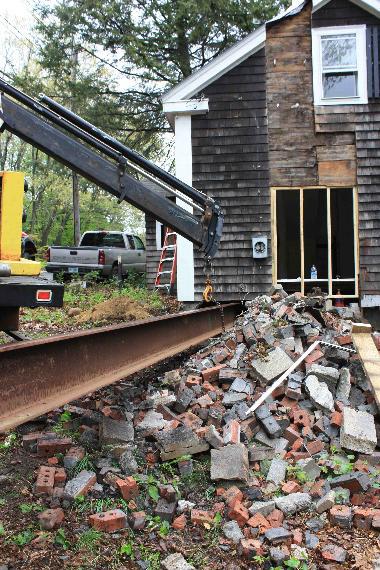 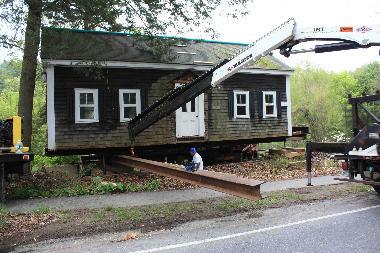 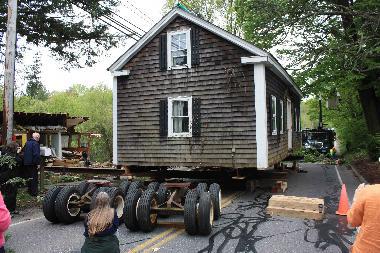 On the road and ready to roll... 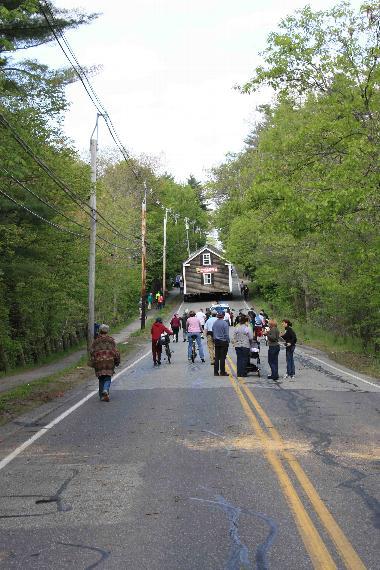 On the move towards Concord Center. 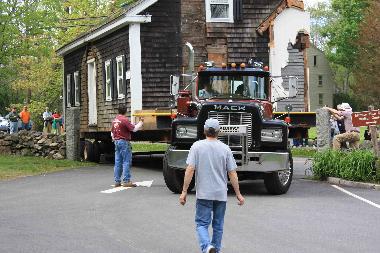 Arriving at the North Bridge with the Old Manse in the background. 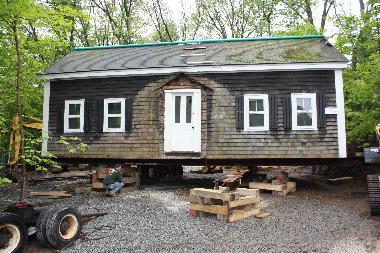 Being prepared for final move to new foundation. 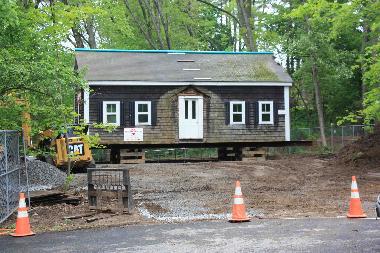 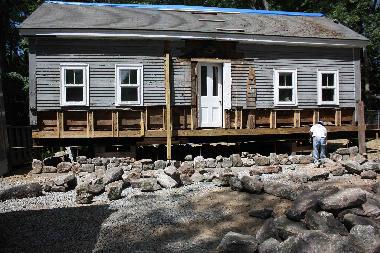 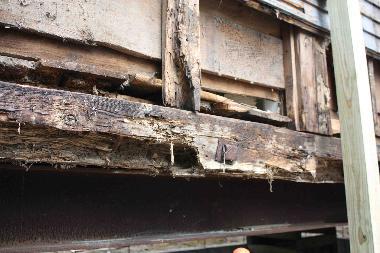 Deterioration of the structure over time was uncovered in 'forensic' architecture. 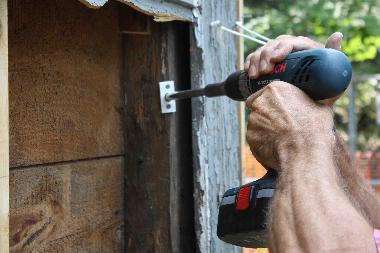 A dendrochronology study was commissioned to verify the building age. 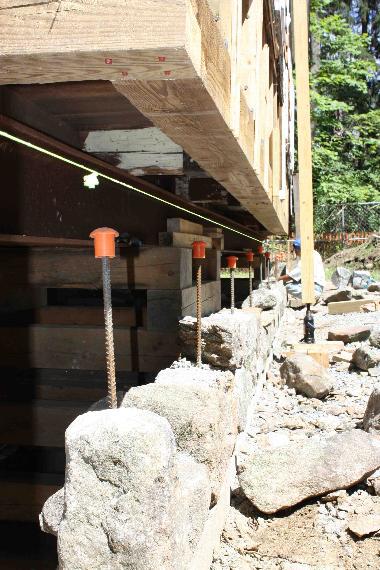 Repairs to the structure and new stone foundation. 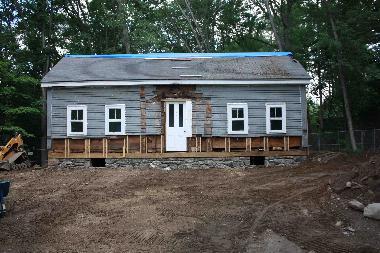 Robbins/Hutchinson House settled on it's permanent foundation. Recently completed items include: Rebuilt chimney, new red cedar roof shingles, new clapboards, new windows and new doors. The accessible ramp is under construction in the rear of the house and interior work (flooring, wainscot, stairs are in transition) Benches and an accessible walkway will be added soon. 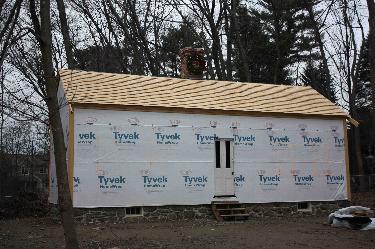 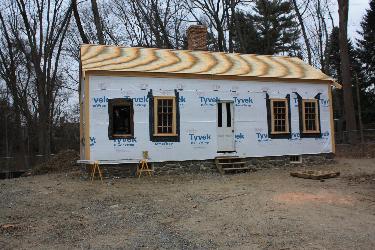 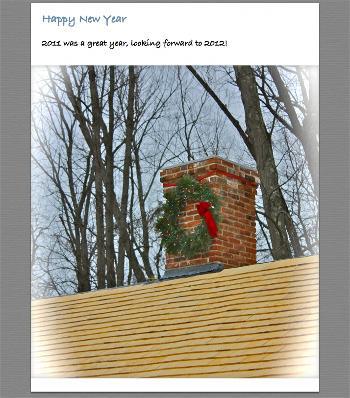 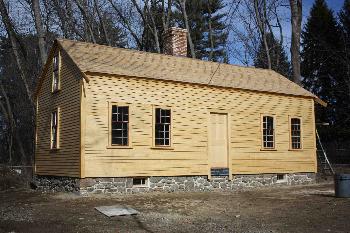 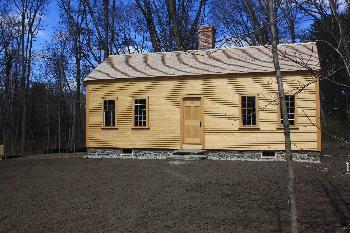 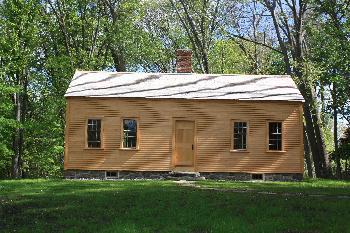